An oil barrier from Ecocoast, the Ecobarrier Solid Flotation Boom, was installed at Water-Link in Belgium against blue-green algae.

In the large buffer basins there are annual problems with the excessive growth of blue-green algae. The poisonous blue green algae are completely neutralized in the drinking water process, but because the development of the algae in the basins is very sudden and also very extensive, they cause problems with filtration at the inlet of the process.

In summer, after a prolonged period of high outside temperatures and sudden cooling, they are released and form a green to bluish mucus layer on top of the water surface of the water buffers. In order to prevent this mucus layer from entering the drinking water process, a 175m long floating barrier was installed in the summer of 2020. The Ecocoast ESFB barrier is 1020mm high and has a draught of 700mm with an upright freeboard of 320mm, so that it remains effective even in waves.

Ecocoast’s Solid Flotation Boom consists of a closed PVC membrane with built-in floats and was placed in a triangular shape around the inflow thanks to 7 Danforth anchors. In principle, the barrier is only necessary from June to September, but is suitable for permanent installation.

Depending on the wind direction, blue-green algae gather on the left or right side of the barrier, after which they can be pumped off and removed from the basin thanks to a surface cap. Thanks to the new Ecocoast barrier, blue-green algae did not interfere with the production of drinking water and continued to supply in the summer of 2020. 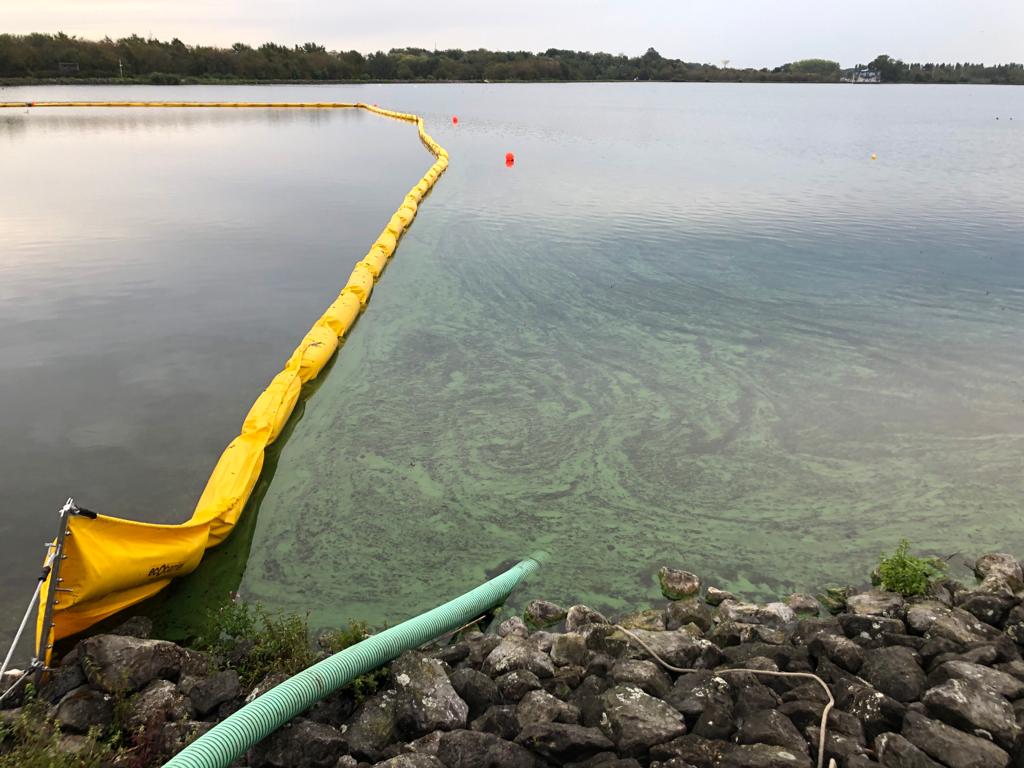