Learn how Bolina’s first project with Iberdrola on the San Esteban dam has set the benchmark for similar projects with the Spanish utilities provider.

A few years ago, Bolina was approached to assist on a project to fence off a dam belonging to the San Esteban hydroelectric power station, which is located in Galicia in North-Western Spain and operated by Iberdrola, the Spanish energy giant.

The San Esteban plant is a 440MW hydro power project. It is located on the Sil river basin in Galicia. Commissioned in 1956, it has been developed in multiple phases as a pumped storage project. The current hydro reservoir capacity is 213.2 million cubic metres. It consists of four units of francis turbines with 66MW nameplate capacity. It has a flow of 300 cubic meters per second.

This was the first job carried out between Bolina and its Spanish partner, and came about from the latter receiving an enquiry for a log screen boom, initially for 96 metres of boom, but ultimately for 100 metres. Interestingly, our representative on the project said that the client had initially requested information about a competitor’s product, but Bolina’s Log Screen Booms were chosen over them due to the technical advantages offered, and because of the closer contact we had with the customer through our local presence in Spain.

“The Bolina LSB600 was quoted to an engineering company with whom we met prior to the project being approved,” our representative says. “Detailed models and simulations were created as part of their proposal. The engineering consultant then recommended the product to their customer, Iberdrola,” he explains.

The reason our LSB600 was chosen was because of the presence of large floating debris – particularly logs and branches – as the Galicia region of Spain contains several forests and woodlands. The area where the dam is located is particularly mountainous and heavily wooded, which was leading to a large number of debris being washed into the rivers and ending up in the reservoir belonging to the power plant and consequently clogging up the dam gates.

The boom was installed in late 2017, and since then it has proved to be very successful to date. Photographs taken months after the installation showed the boom to be operating in the manner intended, and the client has had no complaints so far.

This project was particularly important for Bolina as it marked the first of several for Iberdrola in different parts of Spain. The success of this project and the others after it has also directly led to business with Naturgy, another electric company, and the Tajo (Tagus) river water authority.

A similar project was carried out by us on the Montefurado Hydroelectric Power Plant in Quiroga, Lugo Province, also in Galicia. There we installed 47 modules (of a total length of 190 metres) of LSB600 booms, along with horse rails and pile floats.

We also have extensive experience in helping to maintain power generation plants at some of the world’s major hydro dams, including the Kariba Dam in Zambia, and the Cahora Bassa Dam in Mozambique.

Our LSB series that are often deployed on these types of projects have a capacity of up to 100 tons break load, and up to 3 metres draft, using mesh screens that are joined to provide a seamless barrier for logs, trash, debris and so on, with full articulation of the boom’s universal joints that connect each module.

Get in touch to know more! 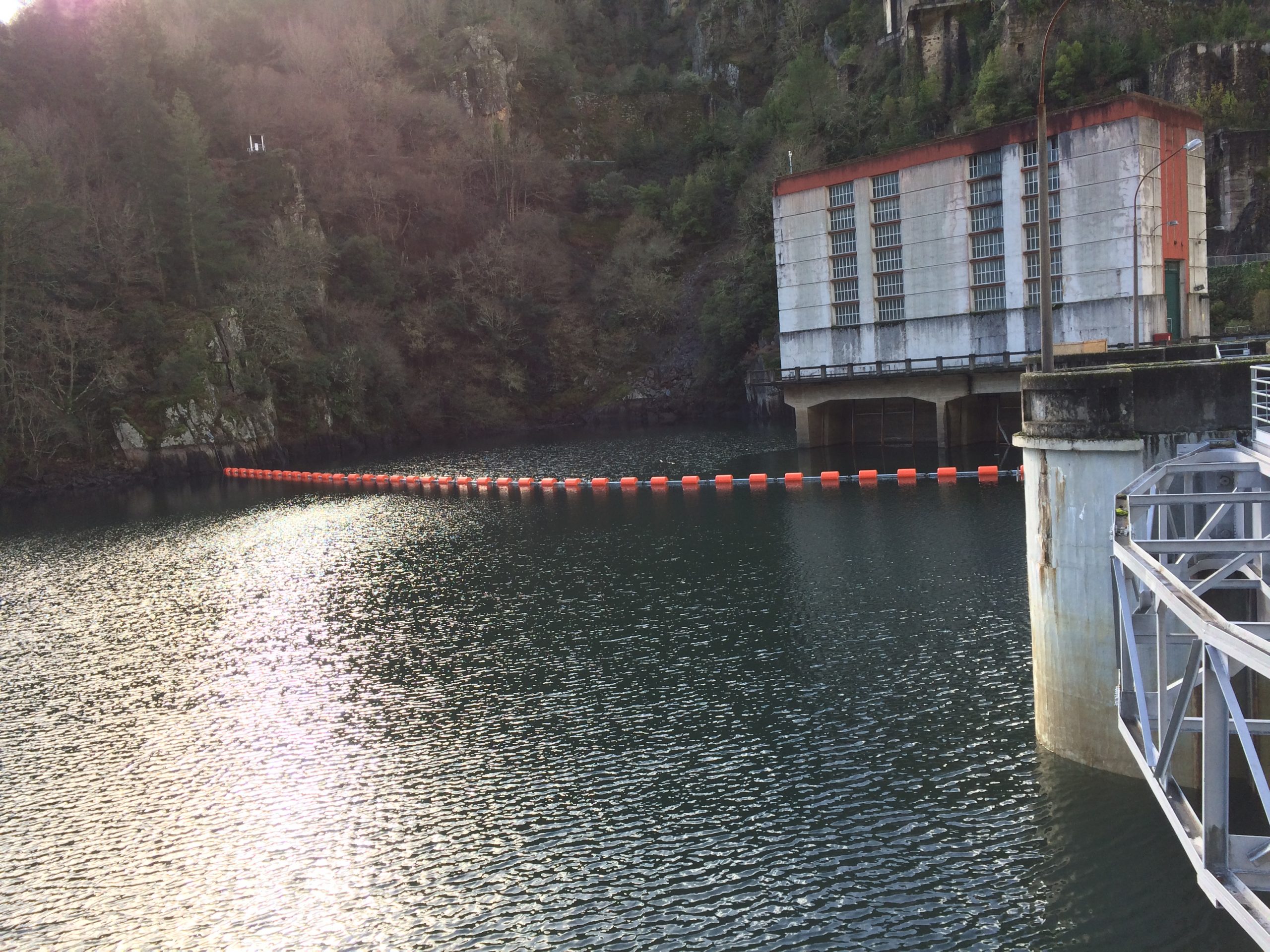