The Ocean Cleanup uses Bolina’s Litter Fence Booms (LFB600) to guide floating debris into their new invention, an autonomous system for preventing the unrelenting flow of plastic pollution into the world’s oceans. We have been Project Partners, working with The Ocean Cleanup since 2016, and are very proud to be part of this project!

A recently published study by The Ocean Cleanup, the Netherlands-based non-profit organisation that is developing advanced technologies to rid the world’s oceans of plastic, has found that as of 2020, an estimated 24 million to 35 million metric tonnes of plastic waste enter the aquatic environment on an annual basis. This is more than double the rate of previous estimations of plastic inputs, and even if every country in the world implemented and adhered to current global commitments to address plastic pollution, emissions would remain at the same level, leading to 53 million metric tonnes leaking into rivers, lakes and oceans in 2030, the study warns.

In the face of increasing plastic pollution, current commitments are not enough to effectively mitigate the crisis we are facing. These commitments would only have a substantial impact if the production growth and use of plastic is halted completely. Therefore, a fundamental transformation of the plastic economy to a circular framework is essential, where end-of-life plastic products are valued rather than becoming waste, while also developing a clean-up strategy larger than grass roots, for cleaning up what is already in the water.

However, the road to cleaner oceans is a long one, with the study’s best case scenario requiring a global reduction of 25% to 40% in plastic waste generation, an increase in the level of waste management from 6% to 60% in low income countries, while systematic cleanup of plastic emissions will need to increase by 40%.

As such, The Ocean Cleanup is focusing on the end spectrum of plastic pollution mitigation strategies, by utilising technology to help clean up the world’s oceans and waterbodies.

Bolina is proud to be part of this project

We have worked with the Dutch foundation since 2016, developing a boom to clear rivers of floating plastics at the source. Using an autonomous, environmentally friendly floating device, floating plastic pollution is scooped out of rivers before it reaches the sea. 100% solar-powered, the device extracts plastic autonomously and can operate in the majority of the world’s most polluting rivers. This system uses our Litter Fence Boom (LFB600), due to its robust construction and efficient flush-sided design, which helps to deflect and guide debris into the collection system. 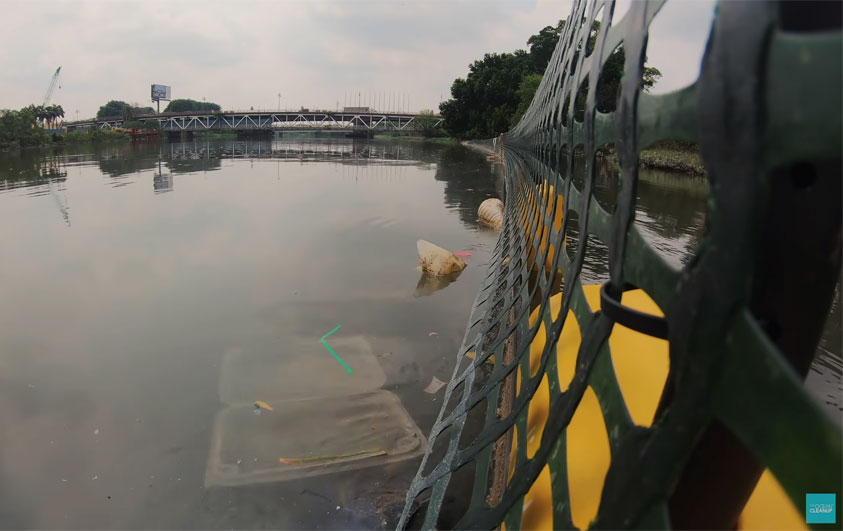 ^ LFB600 deflects and guides debris into the autonomous device

Get in touch for further information and advice on our products and services. We have offices in the United Kingdom and United Arab Emirates, and strategic partners worldwide who would be more than happy to help you out.